As technology brings the world closer many meetings, conventions, religious and graduation ceremonies, plus presentations are attended by individuals who speak many different languages and have the need of simultaneous interpretation equipment. Our state of the art translation equipment allows you and your business, or you and your congregation, to easily and instantly communicate with every member of your audience. 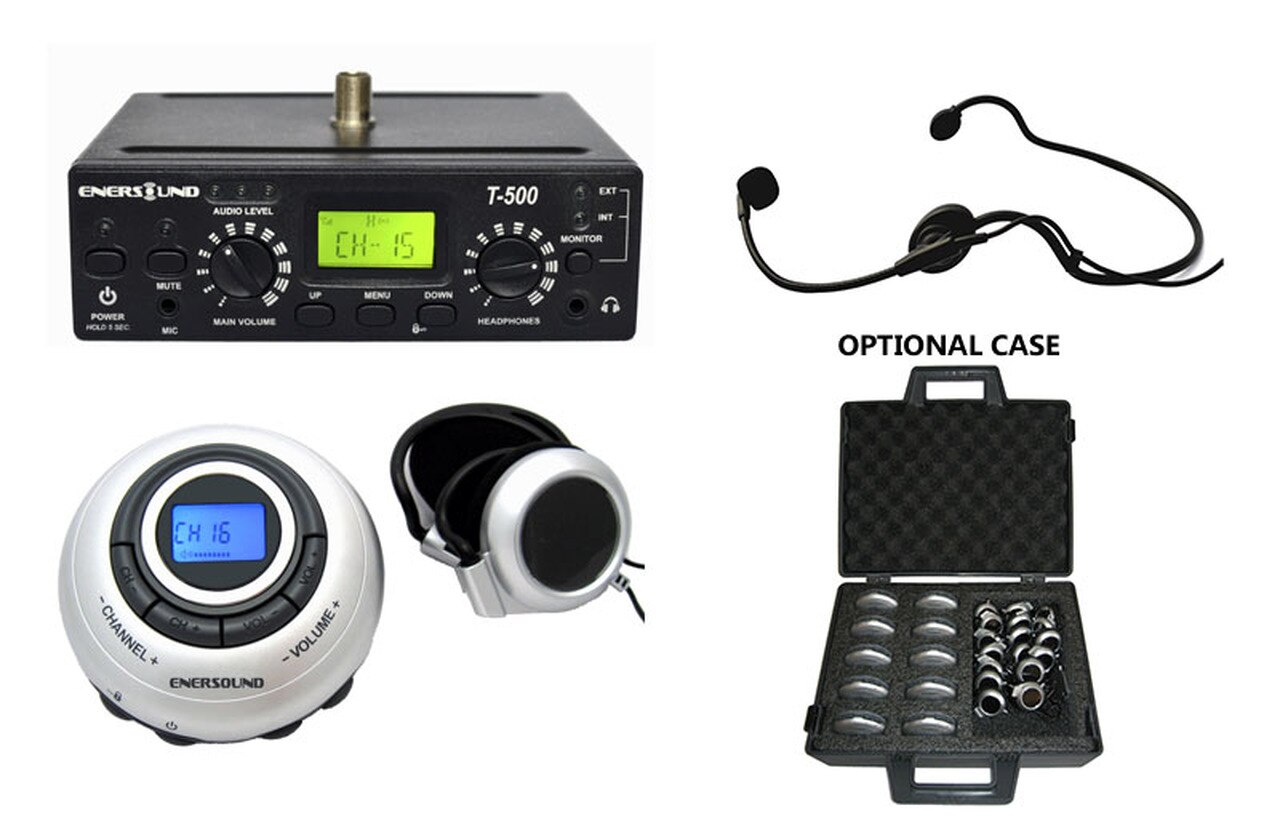 We also provide the highest quality of Assistive Listening, ADA-approved devices to help those audience members who are hard of listening, to make sure your business or venue complies with the Americans with Disabilities Amendments Act.

Translators write, interpreters speak. If you are working with written documents, you need a translator. If you want to interact with people in a foreign language on the spot, you need an interpreter.

This is the language that your presenter or main speaker is talking in.
At a minimum, the simultaneous interpretation equipment that you will need includes: headphones and wireless receivers for the audience and a transmitter with a microphone for the interpreter. It’s advisable that the interpreter also have access to a headphone with the audio of the floor (speech to be interpreted) to ensure a better, more accurate interpretation.

For simultaneous interpretation you will normally need one booth per target language. The booths should conform to ISO 4043 (built-in) or ISO 2603 (mobile) booth standards. They should be sound-proof, have a silent ventilation system, placed in such a way as to give interpreters an unobstructed clear view of speakers and of the screen used for presentations, and allow them to gauge the reaction of participants.

How is it set up?

In order to have an efficient set-up for simultaneous interpretation you must have: an interpreters console, a headset for each interpreter, and a microphone for each as well. Ideally, the interpreters should be working in a separate environment, apart from the audience. If the installations do not have a designated room for interpreters, you should also consider getting a Soundproof interpreters’ booth.

What type of Interpretation Equipment can I find in a translation booth?

Translation Systems are designed to provide solutions for conferences, assisted listening and general events where simultaneous interpretation is required.
It is even possible to translate more than one language at a time.
Through individual receivers, each of the participants can choose in which language they want to hear, just by tapping a button to choose the desired frequency.

If you are in need of Simultaneous Interpretationand Translation equipment, but you are not sure where to begin, this guide may be helpful.

First off, let´s discuss some basics: What is Translation? And Interpretation?

Both translation and interpretation enable communication across languages from a source language to a target one. Translation is the process of translating words or text from one language into another. As for Interpretation, it could be defined as a specific form of Translation, that´s being performed live (for example, at a Conference, meeting, event, etc.) completely in the form of spoken word.

Is there only one form of interpretation?

How does Simultaneous Interpretation work?

The speaker delivers its speech in the floor language using a microphone.

The interpreter who in most cases is isolated from the conference participants and is seated inside an interpretation booth (usually located at the back of the room or in a separate room) listens to the speech through a headset and simultaneously delivers the interpretation in the designated foreign language into a microphone. The audience listens to the interpretation through receivers with headphones. Everything happens in real time, without affecting the flow of the presentation.

Being a Simultaneous Interpreter requires a variety of skills, since you are speaking at the same time as you are listening and analyzing someone else’s speech. Some of these skills involve active listening, learning to be calm and work under pressure, having a good short-term memory, being able to distinguish between primary and secondary information and trying to anticipate what the speaker is going to say next, especially when the syntax of the two languages is particularly different in order to avoid unnecessary pauses in the speech.

What type of equipment does Simultaneous Interpretation require?

There are different types of Simultaneous Interpretation Systems, being the most popular FM systems and Infrared systems.

Regardless of the technology used, generally speaking, an interpretation system consists of:

A Simultaneous Interpreter Console. It´s a controlled workstation that allows two interpreters of the same language combination to work in turns. One or two interpreters can connect their headset microphones to listen to the presenter and monitor floor or relay sources, activate microphone input and more. An interpreter console can be bilingual or multilingual. It has a variety of switches so the interpreter can control the rest of the equipment: turn microphones on and off, adjust volume, switch languages, etc.

Interpreter Microphones. There are three commonly used types of microphones for Simultaneous Interpretation.

The most convenient option tends to be the already mentioned headset with a microphone. This device is a very popular option as it allows the interpreter to move its head without increasing the distance between the microphone and its mouth, which might cause interruptions in the performance.

A less used choice will be a Standalone Tabletop Microphone. This is sitting on a desk or table, connected to the interpreters’ console. With this type of microphone, you must try to maintain the distance between the interpreter's mouth and the microphone.

It is also important to keep the stability of the surface where the microphone is placed, as any movement could be detrimental to the interpreter's work.

Both the speaker and interpreter are usually located in the same room, next to each other.

Typically, the speaker will pause after each complete thought to give the interpreter time to deliver the message.

The interpreter listens to the target language and take notes (written or mental) and after a pause has been made begins performing the interpretation. Not only is it important to translate the words, but also the intention of the speech.

Consecutive interpreting works for small or one-on-one meetings where the conversation allows for pauses to interpret. It is a convenient solution when there’s only one target language. If there were several interpreters in different languages translating for different audiences, each of them would have to wait for their turn to act/listen, and the speaker would have to wait before continuing with his speech. In that case, simultaneous interpretation is more convenient.

Compared to Simultaneous Interpretation, Consecutive Interpretation does not require any specific equipment -Other than the audiovisual equipment for the event- Some examples of consecutive interpreting settings include: Round-table discussions (usually small groups of 8-10 people or less), interviews, evaluations, depositions, site visits, touring/travel, press conferences and doctor visits.